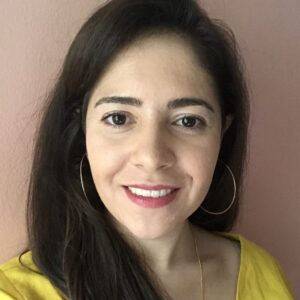 Ariana covers the nation's capital for States Newsroom. Her areas of coverage include politics and policy, lobbying, elections and campaign finance.

WASHINGTON — Lawmakers and legal experts at a U.S. Senate hearing on Wednesday outlined the need to pass legislation clarifying an archaic election law so that the peaceful transfer of presidential power is ensured. The Electoral Count Reform and Presidential Transition Improvement Act, a bipartisan bill being pushed by 16 senators, was proposed after the […]

WASHINGTON — Witnesses in a Tuesday hearing detailed to a U.S. Senate committee how investors and stagnant wages are driving an eviction and housing crisis across the U.S.  The chair of the Senate Banking, Housing and Urban Affairs Committee, Ohio Sen. Sherrod Brown, said that families are being priced out of buying homes, and rising […]

WASHINGTON  — More than 100 congressional Democrats are urging the White House to extend the pause on student loan repayment beyond the Aug. 31 deadline. In a Thursday letter to President Joe Biden and Secretary of Education Miguel Cardona, U.S. Senate and House Democrats argue that due to inflation and an ongoing coronavirus pandemic, student […]

WASHINGTON — A group of U.S. House Democrats Monday called for the passage of legislation that would add four justices to the Supreme Court, following the overturning of the 1973 Roe v. Wade decision that provided the constitutional right to abortion.  “It’s an ultra-right-wing Republican Supreme Court,” Rep. Hank Johnson of Georgia said during a […]

WASHINGTON — The chair of the U.S. House Committee on Oversight and Reform on Thursday said she has requested that CEOs of three gun manufacturing companies appear before Congress to testify at a hearing later this month on gun violence.  Chair Carolyn B. Maloney of New York said she has asked for appearances by Marty […]

WASHINGTON — The U.S. Supreme Court on Thursday struck down a New York law that made it illegal to carry a firearm in public without showing a special need for protection. The court ruled that the state’s concealed carry law violates the 14th Amendment of the Constitution — a major decision that expands the Second […]

WASHINGTON — U.S. Senate Minority Leader Mitch McConnell on Tuesday said he is comfortable with the bipartisan deal Senate Democrats and Republicans struck on gun control legislation, signaling that he will join in passing a bill when it comes to a vote. “For myself, I’m comfortable with the framework,” the Kentucky Republican said during a […]

WASHINGTON — The son of a Black woman shot and killed by a white supremacist begged members of the U.S. Senate Judiciary Committee on Tuesday to take action against such domestic terrorism. The gunman in Buffalo, New York, was motivated by the “great replacement theory,” a racist conspiracy theory that claims growing numbers of immigrants […]

WASHINGTON — The Poor People’s Campaign is urging President Joe Biden to meet with low-income workers before the organization’s march on Washington, D.C., on June 18 to advocate for a $15 federal minimum wage. “What we cannot do is be silent anymore,” Rev. William Barber II, the co-chair of the Poor People’s Campaign, said during […]

WASHINGTON — President Joe Biden called on Congress to pass gun control legislation in a speech at the White House Thursday evening, following mass shootings in New York, Texas and Oklahoma during the last three weeks. “This isn’t about taking away anyone’s rights. This is about protecting children,” Biden said. “How much more carnage are […]

Gun control bills to be taken up by U.S. House panel in emergency meeting

WASHINGTON — Following mass shootings in New York and Texas, the U.S. House Judiciary Committee is holding an emergency meeting on Thursday to mark up gun control legislation — though it’s likely doomed. The package includes eight gun-related bills, known as the “Protecting Our Kids Act,” and they are expected to pass the Democratic-controlled House. […]

WASHINGTON — Hundreds of members of Congress, including Alaska Republican U.S. Sen. Dan Sullivan, are permanently banned from visiting Russia, in retaliation for passing economic sanctions on the country after it invaded Ukraine in late February. The list includes nearly 1,000 Americans, including President Joe Biden and Vice President Kamala Harris, along with celebrities such […]